The Rev. Eric Dyck to serve as acting principal 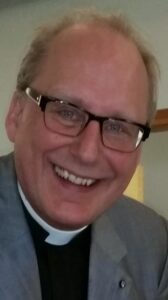 The new year will bring with it a temporary change in the leadership at Montreal Dio.

Principal Jesse Zink will be on sabbatical from January to June, 2023. The Board of Governors of the college has appointed the Rev. Eric Dyck as acting principal during this time.

Pastor Dyck retired in June 2022 after a long ministry at St. John’s Lutheran Church in Montreal, not far from the college. He is a former member of the college’s Board of Governors as well as the Board of the Montreal School of Theology. He has also taught in the college’s Ministry Seminar in the past and been a frequent guest celebrant and preacher in St. Luke’s Chapel.  Pastor Dyck is a graduate of the University of Saskatchewan, Luther Theological Seminary in Saskatoon, and the University of Notre Dame in Indiana (Liturgical Studies).  During his ministry, he had a particular focus on worship and liturgy and his visits to the college to preside at worship in St. Luke’s Chapel have always been memorable.

“I am pleased that this appointment has been made,” said Principal Zink. “Not only is Eric a long-time friend of the college who already knows something of our work, appointing a Lutheran to this role deepens our development as an ecumenical institution.”

Pastor Dyck comments that he is particularly enthused by the ecumenical thrust of the current college and glad to be adding to its ecumenical dimension.  The diversity of the student body and the addition of the gifts from United Theological College make for an exciting upcoming semester which he is thankful to share.  “I’m thankful to see the new directions developed by the Board and the vision of a theological institution for ministry studies and preparation continuing to mature –especially in its mix of denominational affiliations.  My intention is to support and maintain the Board’s endeavours and the leadership of Principal Zink.”

The Rev. Eric Dyck has been spending time around the college this fall becoming familiar with how things work and will be ready to pick things up in early January when classes begin again.

Principal Zink reports he will be using the sabbatical to revise some of the teaching he does on a regular basis and make progress on several writing projects.