From The Principal: A Time For Reconstruction 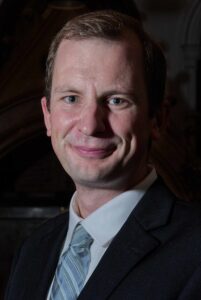 In the midst of the change and the challenge of this past year, I have found myself returning to the Biblical theme of reconstruction.
For many Christians, one of the dominant motifs of the Hebrew Scriptures is exile, and rightly so. After several centuries as an independent kingdom, Israel was conquered, the temple destroyed, and the people taken into exile in Babylon. It was a cataclysmic event for the people of God that resounds across the pages of Scripture.

But exile is not the end of the story. In time, the exiles were permitted to return to Jerusalem and begin the work of reconstruction. This was a literal rebuilding. The returnees built a new temple in Jerusalem. But it was also a reconstruction of a different sort. The community that rebuilt itself in Jerusalem was not the same as the community that had been taken into exile. Israel was no longer an independent kingdom but a peripheral province in a mighty empire. The memories of what had come before were fading. Remaining faithful to God as God’s people meant creating a new—different—community than what had come before.

For the college community, the pandemic was an experience of exile from our building. But in this past year, we returned to the building and began to reconstruct our embodied community life. This meant remembering our former patterns of living. Where do we keep the communion wine? Whose job is it to empty the dishwasher? We had to change as well. We realized, for instance, that the pandemic meant there was a need for new technology in our classrooms to support hybrid teaching.
Our community is different as well. Many people who were students when the pandemic began have now graduated. New students joined our community online and had little experience of our in-person practices. We’ve welcomed the United Theological College and their students into our midst and begun to understand the identity of the college as an ecumenical community.

God was with God’s people during reconstruction just as much as at any point in their history. The prophet Haggai ministered during reconstruction. Channeling the voice of God, he had this to say to the leaders of the reconstruction effort in Jerusalem: “Yet now, take courage—work, for I am with you… My spirit abides among you; do not fear.” (Haggai 2:4-5)

There is much about the future of the church that can seem uncertain. Whether it is installing new technology, incorporating a theological college, or discerning our calling as followers of Christ in a plural world, the work can seem challenging and overwhelming. It is, perhaps, no different from how it felt to be an exile returning to Jerusalem and setting to work on a new temple. Haggai reminds us that in the midst of this courageous work, God’s spirit is with us. We need not fear.

There’s another way I take comfort from reconstruction. The form of the Jewish religion that emerged in the period of this second temple was different than the form of the Jewish religion of the people who built the first temple several centuries earlier. But it was the same God they worshipped and the same truths they proclaimed. That’s been true for the church in its history as well. In order to stay faithful to an unchanging God, the church has needed to continually change.

This post-pandemic period of reconstruction is another opportunity for change for this theological college and for the church more broadly. As we return to our buildings, we’re not only cleaning off the cobwebs and installing webcams, we’re also asking the hard questions about who God is calling us to be. It is comforting to know that we are not the first followers of God to be in this position. God’s faithfulness remains steadfast even as our own ways of following God shift and alter. In that message, I find courage and will not fear. God is in the midst of this holy work.